Caregiving Companions: The Many Benefits of Service, Therapy and Emotional Support Animals Animals offer support to humans in innumerable ways, acting as loyal companions, providing soothing therapy and emotional support, and being attentive service animals for invaluable medical assistance. As animals increasingly take on these roles in public spaces, it is necessary to understand what each category offers and the type of access each is given.

“Some people misrepresent their animals as assistance animals in order to bring them to places where pets are not allowed, to avoid fees or out of a misunderstanding of the animal’s role,” states the American Veterinary Medical Association. It points out that although service, therapy and emotional support animals are sometimes referred to interchangeably, they are distinct categories, each with its own definition.

As defined by the U.S. Department of Housing and Urban Development, an assistance animal is “any animal that works, provides assistance or performs tasks for the benefit of a person with a disability, or provides emotional support that alleviates one or more identified symptoms or effects of a person’s disability.” If certain conditions are met, a person may be entitled to keep an assistance animal in a housing facility that would otherwise prohibit animals.

The Americans with Disabilities Act of 1990 defines a service animal as “any dog that is individually trained to do work or perform tasks for the benefit of an individual with a disability, including a physical, sensory, psychiatric, intellectual or other mental disability.” Aside from miniature horses, no other species are included.

Service animals perform such tasks as helping with navigation, pulling a wheelchair, assisting during a seizure, providing protection or rescue work, alerting a person to allergens and interrupting impulsive or destructive behavior.

Emotional support animals (ESA), according to the Fair Housing Act and the Air Carrier Access Act (ACAA), can be any species. Both laws require a disability-related need and a recommendation by a medical or mental health professional. ESAs do not have to be trained to perform a particular task and may be permitted in otherwise banned housing facilities. Some international airlines allow them to travel at no extra cost. As of January 2021, following a U.S. Department of Transportation rule-tightening, virtually no American domestic airline allows ESAs to fly free. (Small dogs can still be flown by passengers paying extra.)

According to the ACAA, therapy animals may take part in animal-assisted interventions when there’s a “goal-directed intervention in which an animal meeting specific criteria is an integral part of the treatment process.” Animal-assisted therapy may involve dogs, cats, horses, llamas, pigs and other species, typically in hospitals, schools and rehabilitation centers.

Why They Can Be Controversial

While service animals are highly trained and can even receive certifications as psychiatric service dogs, ESAs are often pets that help a person to cope with daily life or situations they may otherwise find intolerable, such as being in stores, restaurants, museums and on airline flights and other public transportation. Controversy has arisen when some people have pushed the line, claiming their pet is necessary for emotional support, but in reality, are just there to enjoy access benefits. Yet, in a survey of more than 500 Americans, both service dogs and emotional support dogs were viewed favorably, and most participants reported feeling that the majority of people with such dogs were not taking advantage of the system.

There is seemingly no end to the emotional, physical and mental benefits dogs offer to humans. Regular visits with therapy dogs may improve the well-being of people seeking addiction and mental health treatment. Animal-assisted interventions have been used among Canada’s correctional population, for which mental health, addictions and trauma histories are major concerns.

Research published in the journal Anthrozoös found that animal-assisted therapy decreased the need for pain medication in people receiving joint replacement therapy. Studies by the Delta Society suggests holding, stroking or simply seeing an animal may lower blood pressure while lessening feelings of hostility and increasing self-esteem. For children, service dogs can be trained to detect the scent of allergens like peanuts or gluten in food and even provide comfort to them and adult witnesses in courtrooms.

Be aware that out in public, certain rules of etiquette apply. Service dogs, in particular, should never be approached, talked to or touched unless permission is granted by the dog’s handler. And take no offense if the handler says no. Distracting a working dog can result in potential harm to the handler and may interfere with the dog’s focus and ability to follow potentially life-saving commands or cues.

Veterinarian Karen Shaw Becker, DVM, has spent her career empowering animal guardians
to make knowledgeable decisions to extend the life and well-being of their animals. 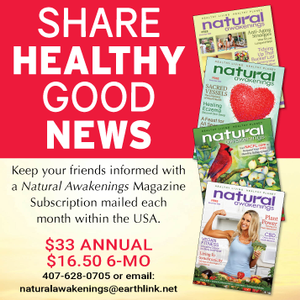